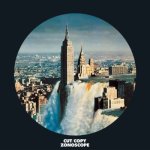 Synth-pop at its best. At times sounds like it could be some long-lost 1980s new wave record. The song “Where I’m Going” also received my award for “Best use of Oohs and Yeahs in a Song or Soundtrack.” 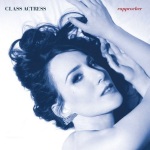 This album is much like my #3 album: strong songs released well in advance of album, and then album drops and I’m pleasantly surprised with overall quality. Singles are great, but I’m sampling Track 2, “Love Me Like You Used To,” a great “headphones” song.