Quite a bit of the music I’ve been listening to over the last couple of years has had a very distinct ’80s influence. Is the ’80’s sound the reason that I like these songs? Maybe. At times, I find that I notice a new song because it sounds like an old ’80s gem. So the retro sound is certainly the reason that I kept listening. I thought it would be interesting to put together clips from some current and some ’80s songs and see if you readers can tell the difference. Some of you may find this ridiculously easy. Others may struggle a bit.  Listen to the clip and hit submit after each question to see if you were correct. Good luck! 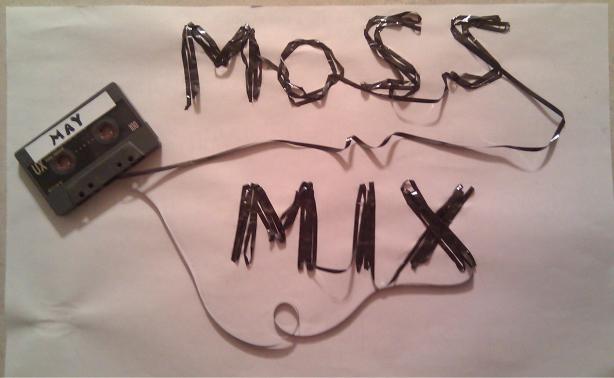 Side A : Todd’s Picks

4. Craft Spells, “Still Left With Me”

5. Japandroids, “The House That Heaven Built”

Side B : Chris’ Picks

How about with this: I wish I lived at the Pageant in St. Louis, as long as cool bands keep coming through there. I’ve seen three shows there, and they all probably rank among my favorite 10 shows of all time (Explosions in the Sky, Interpol/School of Seven Bells, M83). The sound is amazing. Sight lines are good pretty much everywhere. If you want to dance and jump around, the floor beckons. If you’re old like me, you can grab a seat in the balcony. The middle of the semi-circle balcony provides a great head-on view; the sides put you very close to the stage, but because of the perfect sound, you aren’t obliterated by the nearby speakers. At the Interpol show, they even had a wait staff coming around the balcony, taking drink orders. (The only order involving Pageant staff this time: I was ordered to stop recording video during the show. Boo.)

In other words, it’s the anti-Gabe’s.

I knew nothing about this band when we left Iowa; Todd brought along the debut LP on his mp3 player, so I at least got a taste of what we were in for. The songs were pretty cool, but I had no idea we’d be watching Rachel Bilson’s doppelganger on lead vocals. That was a pleasant surprise. (And when I say Rachel Bilson-esque, think Summer after she started dating Seth Cohen on The O.C., not quite as glossy as when we first met her and Marissa Cooper, but still smokin’ hot.)

The music was pretty good, too. The drummer was playing an interesting set; I don’t recall seeing a electronic kick drum in action before. Rachel Bilson (real name: Maria Linden) had tons of charisma, which compensated for the occasional dropoff in her mic (OK, so the sound isn’t always perfect for the openers). They were a good warmup for M83, and earned another listen during our return trip to Iowa.

Here’s their rendition of the first song from their album:

Before I say anything about M83’s set, you can get another take at the following link.

If you click that link, you’ll read a review by Blair Stiles, who may or may not be a distant relative of Teen Wolf’s good friend. She noticed Todd and me in the balcony (“middle aged men…sprinkled in the balcony”), but Todd and I are used to getting noticed when we go out (no senior pictures changed hands this time, though). She also gave us some important details (“The woman in front of me was so close that I had to keep brushing her well-conditioned locks off my notebook”; “Despite tight security, I smelled a spliff or two being lit up through the night”). It’s a fascinating read. The description doesn’t resemble the scene I remember, but all the same, a must-read.

To be fair, Blair got some things right

The use of a sax player can be a dangerous proposition. Sometimes it works:

But if you don’t have superstars like Simon Le Bon to keep the brass man in check, you end up dealing with this:

Thankfully, M83’s sax guy was epic in a true sense. He did his thing, delighted the crowd, and left. Well done, sax man.

And yeah, the guy who played some guitar and bass and electronic cowbell was fun to watch. Energetic, multitalented, and able to pull off wearing a shirt that looked something like a Blackburn Rovers top (my Premier League-loving friends are nodding and smiling right now). But come on, he’s not the mastermind here…

That’s Anthony, without a doubt

He was confident in his singing. And despite what Blair Stiles might tell you, he wasn’t afraid to roam away from his keyboard setup and rock out. He would approach singer/keyboardist Morgan Kibby (a hot little number herself), and shred the hell out of his guitar while channeling his inner Prince, dropping to his knees before Morgan in an attempt to sex things up, perhaps.

And you can’t beat the Frenchman’s accent. “She worships Zatan like ay fazzer” (read: she worships Satan like a father); “Death izzer boyfriends” (read: Death is her boyfriend); “Zaint Loo-eez!” (read: St. Louis!).

The show was sequenced well: a natural starter (“Intro” from Hurry Up, We’re Dreaming), a soaring song from mid-catalog (“Teen Angst” from Before the Dawn Heals Us), and one of the big songs from the 2008 breakthrough album (“Graveyard Girl” from Saturdays=Youth). Then the new single (“Reunion”) from the latest album. We got a song off the eponymous debut, we got a Daft Punk cover, and we got more epic songs from Hurry Up (“Steve McQueen” and 2011 Song of the Year candidate “Midnight City”).

And the decision to have live drums was a good one, and employing this particular drummer (Loic Maurin) is an even better choice. Damn he was tight! Live drums allow these songs to pack an even greater emotional punch.

Here’s a good portion of “Teen Angst.” I made sure to record this song (as much as I could get away with, anyway) because it was my introduction to M83. Shortly after my son was born in 2006, my friend Jeff had sent me some CD-Rs full of random tunes, and this song was one of the standouts. I decided to become an M83 fan. I was justly rewarded with Saturdays=Youth and Hurry Up, We’re Dreaming in the years to follow.

You know what was so cool about this show? The fans—young and old, hipster and bro, cool and nerdy—all were appreciative of the show they’d seen. And the band that was showered with this affection seemed genuinely moved by the standing O they received after a blistering encore consisting of Saturdays=Youth gems “Skin of the Night” and “Couleurs”. Even the hyperactive guitar man and the ultra-suave sax guy seemed moved by the crowd’s roars of approval.