I was at work today discussing a project with a customer. After we were done, I said “Well I think I know what to do from here. I’ll get with you later and go over what I found.” From that point on,  the Beck song “Debra” was in my head. If you’re familiar with “Debra”, then you know the chorus of the song is basically him singing “I want to get with you.” Not exactly what I said to the customer, but close enough for my crazy brain to connect the dots to Beck. 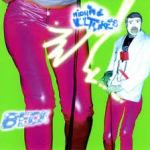 I’m not complaining. I love the song and the whole Midnight Vultures album. Beck must have been going through a real Prince phase during the recording of that record. Many of the songs have a Prince-ish sound, but “Debra” is essentially a Prince imitation from start to finish. It’s a slow jam in the vein of “The Purple One’s” falsetto-filled masterpiece “Adore”.  Although, this song has a bit of a twist. It starts out innocently enough, he meets a girl named Jenny at a department store.

I met you at JC Penny
I think your name tag said “Jenny”
I cold step to you
With a fresh pack of gum
Somehow I knew you were lookin’ for some
(oh no!)

You might be thinking, “Hey, isn’t the name of the song “Debra”? Why did he meet a girl named Jenny? What’s going on! I’m confused!”  Calm down, we’ll soon find out.  The rest of the song is filled with more not so subtle innuendo about how he wants to “Get with her.”  Well, not just her, as the chorus informs us.