Chris was correct in his “Year in Review” post. We have been very lazy bloggers as of late. We cruised right along from 2011-2014 with great content and ideas. 2015? Not so much. New work responsibilities, family commitments and a growing addiction to endless AppleTV content caused my lapse in quality posts. I’ll do better in 2016.  Well, I’ll do better in 2016 IF … HBO quits making excellent TV programming. Seriously, have you seen The Leftovers? Best show of 2015. Hands down. Indisputable. Conversation over. There’s no need to bother arguing with me in the comments section. I won’t entertain any opposing viewpoints.

Let’s get back on track. Since you all read Chris’s post you already know about all the great music that came out last year. Well, at least the music that we consider great. I’d just like to add a few of my 2015 highlights. 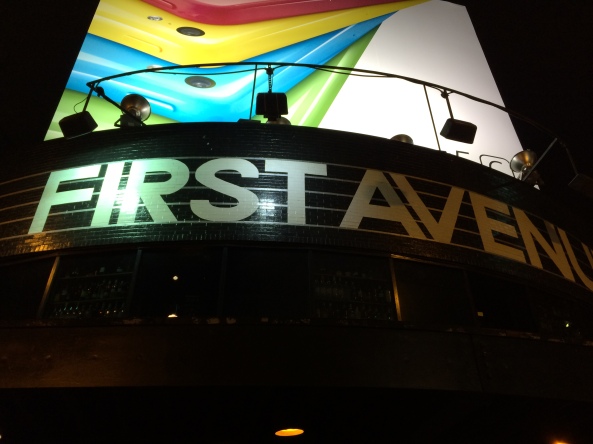 Best Coast with Bully at First Avenue in Minneapolis.

This marked the second year in a row that the wife and I made the pilgrimage to First Avenue for a show. 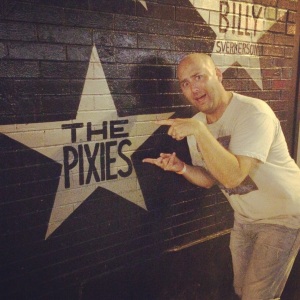 Todd being his “Best Self”

We caught a top notch Tegan and Sara set there in 2014. I feel like making the trek to First Ave should be a required annual event for us because, as my wife says, “Todd’s his Best Self at First Avenue.”  She’s right. You basically can’t wipe the smile off my face or stop my singing along during a concert at First Avenue. Let’s delve into reasons why I’m “My Best Self” at First Avenue shall we?

Reason 1: The shows that we’ve seen at First Ave have been by bands that rank highly in my personal favorite list.

Reason 2: There’s a lot of nostalgia that comes along standing where Prince once stood in the movie Purple Rain, especially for a Prince uber-fan like me.

Reason 3: The crowds at both shows were predominantly female, making viewing the stage an effortless task for a ridiculously average heighted male like me. 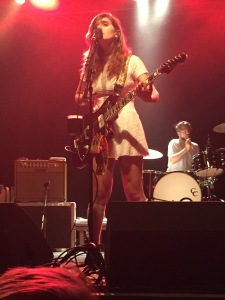 My girl Beth ruling the stage.

So at this particular concert, a tipsy Todd towered over a sea of singing ladies while witnessing a face melting set by Bully (A band whose Bully EP you may remember was #18 in my Best of 2014 list) and a stellar set by Best Coast (A band whose lead singer, Bethany Cosentino, is my rock and roll girlfriend/crush.) It was an experience that will be hard to top. You have a lot to live up to Future 2016 Concerts.

I love going to the small venue shows in Iowa City. It can be a strange experience though. At these concerts, you’ll often see people you may consider rock stars walking around like regular citizens or even worse, selling their own merch!

Take Small Black for instance, I listen to all their albums and watch every one of their music videos or live clips on YouTube. To me, these guys are as famous as Led Zeppelin or Aerosmith. You can’t blame a guy for being a little star-struck when he saunters up to the bar for a beer and rubs elbows with the lead singer of the band he’s about to see right?

This is what I would have liked to have happened after I realized I was belly up to the bar with Small Black frontman Josh Kolenik:

What did I do? I pulled off the awkward head knod. Shame…Shame…Shame. 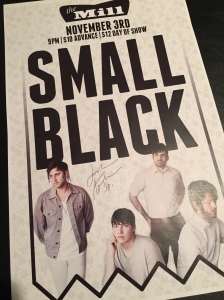 My Small Black Poster- Such a Fanboy

After the Small Black show was over, I grabbed one of the show posters that were tacked up around the Mill and got Josh to sign one while they were packing up their gear. That’s right! They pack up their own shit! If I was a more thoughtful fan I would have offered to carry a few keyboards or a drum set out to the truck for them as a show of gratitude.

And Finally, My Favorite Albums of 2015