My job sometimes requires me to spend a lot of my day in the car. I don’t mind too much. It gives me time to think, reflect on my life and most importantly listen to great music. On these trips I sit back, relax and turn up the tunes. After many hours alone in the car though, I tend to have quite a few random and moronic thoughts. These are just a few of the revelations I came away with on the road.

SpongeBob SquarePants has invaded my soul 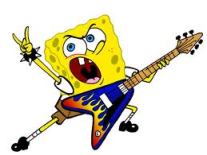 The Aussie electro-pop duo, Empire of the Sun, have a new album out and I’ve really been enjoying the first single “Alive.”  It’s a catchy little song that keeps the toes tapping during a long drive. Although, there was always something about the song that bothered me a bit. Today I figured it out… SpongeBob SquarePants. Skip to the 39 second mark of  “Alive” and tell me you don’t hear a resemblance to the SpongeBob theme song. More specifically, the part where kids chant the name SPONGEBOB SQUAREPANTS!!!! Ever since I realized the similarities, I’ve not been able to listen to the song without replacing the actual lyrics with SPONGEBOB SQUAREPANTS!!!! It’s both maddening and comical all at the same time. Take a listen for yourself and see if you hear it too. Maybe just I’m crazy. Well, crazier than normal. 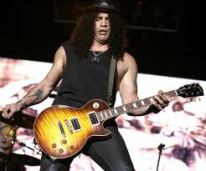 Whatever happened to vapid, ugly dudes making music? Remember Slash? Dude was put on this earth to do one thing, play the guitar like a god. He wasn’t pretty. He didn’t really have much to say other than “where’s my Jack Daniels and cocaine?” He didn’t appear to be a particularly hygienic fellow. But Slash could play that fucking guitar. That’s where the sex appeal was. In the talent. I was never really that jealous of Slash. Sure I wanted to play guitar like him. And I don’t begrudge him the throngs of women that flocked backstage to do unimaginable things to his nether regions. That’s the rock and roll life style baby. I’d be kind of pissed at him if he or any other dude in that position didn’t partake in all those feminine delights.  But times have changed. There’s a new generation of guys that seem to have it all.

Take Ezra Koenig from Vampire Weekend for example. He’s a talented musician of course. Sings well. Plays multiple instruments proficiently…bla bla bla. There’s a ton of those guys out there. What bothers me about Ezra is the way he does it. He somehow writes rock songs that are incredibly intelligent lyrically, frequently comical and always catchy as hell. A smart rock star…OK that’s fine I guess. But then add to that the guy’s annoying good looks and style.  He looks like a damn fashion model when he’s on stage. I’ve never seen him wear anything without wanting something similar for my wardrobe. And don’t get me started on that mop of hair on his head. Makes a bald guy like me very angry. He should be punched. You can’t have it all Ezra!

Another guy that annoys me is Justin Timberlake. That wasn’t always the case. When I first became aware of him, he was just some goofy looking kid making awful boy-band music. And his style? Forget about it. Remember these pictures? 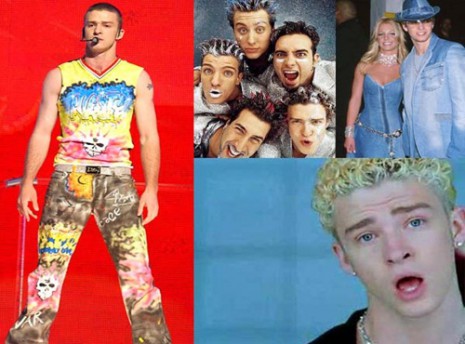 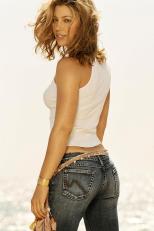 Then he started making his own music and shock of all shocks…it wasn’t that bad. Suddenly, he’s in movies (Social Network was the shit), hosted Saturday Night Live five times and married Jessica Biel. Jessica Freaking Biel dammit! Come on! And I actually look forward to his appearances on SNL. Some of the best shows in the last 10 years were shows he’s hosted. Now he’s back  making music and his latest album, The 20/20 Experience, is really good. What a slap in the face. He should be punched. You cant have it all Justin!

It’s alright guys. I love to hate you. Just watch your backs after any upcoming concerts close to my hometown.

Then, as usual, towards the end of my day I was in dire need of some serious adrenaline filled hair metal. I switched the old satellite radio over to Hair Nation.  Earlier in the day, I was thinking to myself that I was working pretty hard lately and maybe needed some “Me” time. Apparently, the band Autograph agreed with me. They told me so in the first verse of their song “Turn Up the Radio.”

I’m working hard, you’re working too
We do it every day
For every minute I have to work
I need a minute of play

Then I wondered, “Yes, but when is it appropriate to abandon responsibilities and rock out?” They answered that question with the next verse.

Day in, day out, all week long
Things go better with rock
The only time I turn it down
Is when I’m sleepin it off

Gotcha. Anytime’s good. Then I questioned, “But how can I accomplish this state of rock and roll bliss?” All was answered in the song’s chorus.

Of course, I turned my radio up for a moment of pure metal enjoyment. Check out the YouTube clip below and do the same.

All in all it was a pretty good trip.  Plenty of tunes.  Plenty of annoying dude musicians. If you see me cruising down the interstate sometime, go ahead and wave. If I’m not busy turning up my radio, I might wave back .

If you enjoyed these moronic thoughts, there’s plenty more where those came from. Check out some of my previous “Road Trip” posts.