Side B : Chris’ Picks 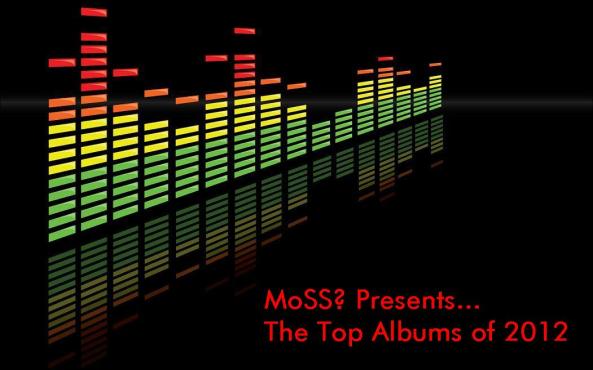 In an odd twist of fate, your favorite MoSS? scribes bought tickets to different concerts for the same weekend. Since Chris was already booked up, I needed to quickly drum up a support crew for my trip to the Pygmalion Music Festival 2012 in exotic Champaign-Urbana, Ill. I put an ad in the local hipster paper hoping for a quick response.

Wanted: Concert support crew for middle aged pop culture blogger. Applicants must love music, fear no danger and have access to gas money. Nunchaku skills a plus but not required. Safety NOT guaranteed.

Unfortunately, response was less than enthusiastic. As a backup plan, I recruited my wife and another couple to come with us. We all piled in the MoSS? Mobile and took the long drive to Illinois. The trip to Champaign was uneventful. Directions were good and we made it to all destinations without incident. The return trip is another story. We may have taken a wrong turn and ended up 45 minutes out of our way. Now, as our group leader/driver, I take full responsibility but I do blame the Pygmalion Fest schedule. The headliner Best Coast didn’t go on until almost 1AM. I’m old. With only 3-4 hours of sleep, its a wonder we didn’t end up in Lake Michigan. Luckily, one of the top notch support crew members caught my mistake and we all remained dry.

Back to the festival. We started the night at very cool bar in downtown Urbana called Crane Alley. I can’t recommend this place enough for people visiting the area. They have like 42 billion beer varieties, B+ jambalaya and a drink called The Sex Panther. I didn’t have The Sex Panther that night. In a town full of college girls I didn’t think it appropriate since my wife was with me. The last thing I needed was excessive amounts of senior pictures being thrust my direction since apparently I am like catnip to underage coeds.

After dinner and drinks, we left Crane Alley to head over to the show at The Canopy Club. As we walked out of the bar, I heard the familiar sounds of the band Tennis. They were playing an outdoor venue as the opening act for shit-rock band, Dirty Projectors. (I swear I could burp the alphabet to bagpipes and it would sound better than Dirty Projectors). The music was coming from a parking lot about a block away so we walked over to take a look/li

sten. I love Tennis’ record, Young and Old, but was still pissed at them. Tennis was supposed to do a show in good old Iowa City back in July. As a matter of fact, I bought tickets to that concert the same day I bought the Pygmalion tickets. If only I had known the evil red-headed monster, Conan O’ Brien, was lurking behind the scenes to ruin everything. He booked Tennis to play on his “show watched by dozens” which forced them to cancel the show in Iowa City. No more Team Coco for me. Team Fallon all the way now baby. I was able to get a little video of them singing my favorite song from Young and Old, “Petition”.

[Disclaimer: Chris is usually the mastermind behind these MoSS? Pit posts. He takes video with his highly superior iPhone. I’ve a got a crap Android and concert video generally sounds like a rhino farting into a bass drum. Yes, my video from the evening is less than good] 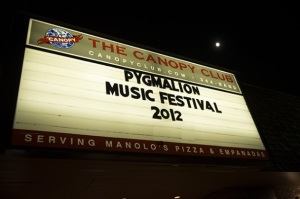 We watched Tennis until it was time for us to head to our show at the world famous Canopy Club, deep in the heart of the U of I campus. Doors opened at 8PM. They scheduled 6 opening acts and headliner Best Coast was to go on at 12:45AM. This was going to be a marathon not a sprint.

As we walked in the main stage area the group Withershins was playing. They are a self described shoegaze band from right there in Champaign. We only caught about a song and a half but I really liked what I heard. They have a ’90s distortion rock sound to them. I was reminded of Dinosaur Jr, Smashing Pumpkins or Sonic Youth. Here is a link to their Bandcamp page. The new record isn’t a bad listen.

The next band up was Zeus. A classic rock influenced outfit from Toronto. That’s in Canada. These guys look and sound like they were transported here from 1971. I downloaded their new album Busting Visions to listen to during the trip and really enjoyed most of it. Unfortunately, I didn’t particularly think they were that great live. Don’t get me wrong. They were fine. I just wasn’t feeling it at that point I guess. They did play a fun cover version of the Genesis song “That’s All” but other than that I didn’t find them too memorable. Take a look/listen for yourself with the shitty video I took of them doing their song “Are You Gonna’ Waste My Time?”.

After Zeus was Hospitality, an indie pop group from Brooklyn. That’s in New York. I was pumped to see them but nearly missed the show. The support crew and I were having drinks and gabbing in the upper level seats at the Canopy Club when I heard some music coming from the lobby. Apparently, they decided to alternate acts from the main big stage to the small intimate stage in the front. I quickly got down there and was able to shoot this short shitty video of “Friends of Friends” until the rest of the horde arrived and got in my way. Enjoy!

They did put on a great show though. I enjoyed their self-titled record but the live show sounded even better. They even played a few new songs. Judging by the crowd reaction during those songs, the follow up LP is going to be good.

Once again, this was all happening at times that I am normally in bed. So, I needed a pick me up. Luckily, my top notch support crew smuggled in some mini vodka bottles and we knocked back a Red Bull and vodka.

Next up on the main stage was Lord Huron from Los Angeles. That’s in California. This was a band I was on the fence about. I have their EP Mighty and listen to it on occasion but they are not a go to band in my iPod playlists. Lord Huron’s music is full of vocal harmonies and amazing percussion and they definitely showcased that during the live show. Here is my shitty video of “The Stranger”.

After Lord Huron was Laetitia Sadier. She was playing in the front lobby area. I familiarized myself with her music before the show and was not a fan. So the crew and I stayed in our upper deck seats and knocked back yet another Red Bull and vodka while the roadies set up the Best Coast stage. Reports from the hipsters that sat behind us were positive about the Sadier show. Again, I was less than interested.

1AM. Finally Best Coast time. After a long night of music and drinks we were all ready for the show to start. Apparently, Bethany from Best Coast had a similar evening because one of the first things she mentioned in between songs was the lateness of the showtime. She also admitted that she may have had a few too many libations and was struggling not to get sick on stage. Now that’s the Rock and Roll lifestyle baby! You couldn’t tell based on her performance though. They played a mixture of old and new songs and they all sounded great. Here is my shitty video of the “The Only Place”.

Later on, the booze may have started kicking in because she started forgetting song titles. I did get shitty video of her arguing with a kid in the front row about a song title. I believe her exact words were, “Fuck that. I said it wrong! I’m sleepy!”

After that she started forgetting song lyrics. They actually started the song “Bratty B” over because she screwed up the words. I caught some shitty video of the 2nd attempt at “Bratty B” and subsequent apology before the next song, “When I’m With You”.

She ended the show with “Boyfriend” and hurried off the stage with her hand over her forehead. I was certain there would be no encore. Most of the crowd filed out of the main stage area. I was in the front lobby waiting for the female support crew members to use the bathrooms when I heard the much smaller crowd in the main room cheer. Best Coast was back on stage. Boot and rally! They played a one song encore. A cover of the Nirvana classic “About a Girl”. I didn’t take any shitty video of the encore as I just wanted to enjoy the final song.

It was a long night but well worth the it. You can’t beat fun with great music and great friends. 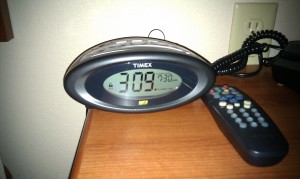 Much too late. Can’t wait until next year.